“Planeta Mulţumesc”  is a series of activities developed by the Spanish EVS volunteer, Maria, in frame of “Science Playgrounds” project. The activities were implemented during the “Tolerance month” organized for the kindergarten children in Floroaia Mica school, Intorsura Buzaului.

Description of the activities

We meet a strange character who is coming from Mulțumesc Planet.  He explains that he is lost in Intorsura and his spacecraft is broken and lost. He has asked a lot of people for some help to fix it, but everybody says NO!! And he arrives in that school, looking for some help. Let’s hope that the kids will be motivated to help him!

We will do like a kind of training to get the abilities for finding the spacecraft.

Emotions: At first he is SAD because nobody wants to help him, and then he is HAPPY because he has found some help.

At the end of the day, after all the activities, we will find a small spacecraft and we will keep it until next week to check if it’s working or not.

First will appear this character from Multumesc Planet and will explain what happened to him. He/she will explain that it could be nice to try to find the spacecraft but before we have to be ready and we have to make one special training in order to be able to find what we’re searching.

Emotions: At first he is SAD because the spacecraft is broken, and then he is HAPPY because the kids want to help him.

At the end of the day, after all activities, we will keep the spacecraft again in the school for the next week.

First will appear this character from Multumesc Planet and will remember what happened last week. We will try to start the spacecraft and we will see that it’s not working. So, we have to help him to fix it in order to be able to come back to Multumesc Planet.

“Science Playgrounds” project has been funded with support from the European Commission. This communication reflects only the views of the author, and the Commission cannot be held responsible for any use which may be made of information contained herein. 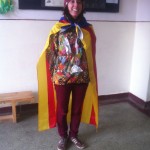 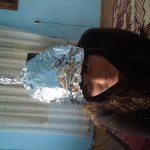 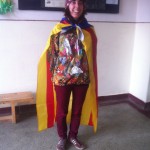