Hey, guys! Have you noticed that a new year has started? Lots of new things are happening! But there is one thing that hasn’t changed – Centrul de Jocuri Mirakolix still organizes nice board games evenings in the beautiful Brasov!

January seems so far now but we still remember the Seara de Jocuri which happened on 16th of January. It was such a long, loud and busy evening! We had many guests, and not all of them were Romanians.  In the end, guests played not only the board games, but also some entertaining card game (introduced by Indonesian guests). Only two people can play this game, but everyone who watches the 2 people playing feels just as involved and entertained!

See some pictures from this evening: 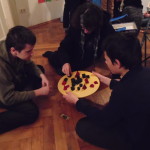 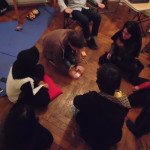 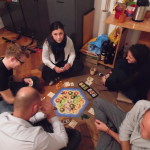 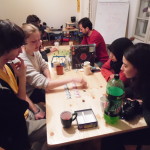 Already on 16th of January Mirakolix volunteers who organizes these evenings received requests from guests to have these board games evening more often, because so far we had them once per month.

Also in on 13th of February we received such requests from youngsters who visited us and played games like Nichtlustig Lemming Mafia and Om Nom Nom. 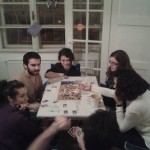 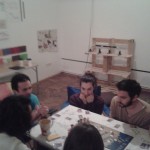 And we are good listeners! Already starting from February we really had 2 board games evenings per month. And we will keep on this way.

Buy playing board games one can experience different worlds (‘cause every box hides something new, something extraordinary!), train some skills, like negotiating, efficient use of resources, listening skills, strategic thinking etc. Meanwhile, people can also socialize and not even notice that they’re learning something. Smart, huh?

We’re just trying to say that board games are good reason to meet on Friday evenings.

Where? – at our place, Strada Constantin Brancoveanu Nr. 29 Ap. 1, Brașov

See you in March and other upcoming months!

This entry was posted in Board-game-evenings. Bookmark the permalink.