Buna! We would like to tell you what else Inside Ride project group does in Întorsura Buzăului.

In the beginning our schedule was not so regular but starting from February every other Tuesday we take a late train from Brașov to Întorsura to visit Casa Familiala – the orphanage of the town. The aim is to spend time together while doing fun things.

The first time when we visited the place and met the kids and youngsters there seems such a long time ago – last year in December! And how do you break the ice when you meet new people? Of course! By tying colourful balloons to their ankles and trying to jump on them afterwards.

But after breaking the ice we had to create a little bit of winter ourselves. While some kids and youngsters were outside and having a real snowball fight, others were sitting inside and creating laces of paper. Check out how beautiful snowflakes we are making! 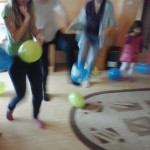 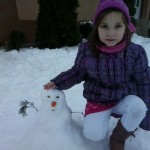 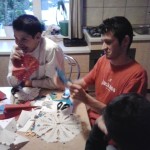 It seems that weather inspires us because we’re so close to it. The next time when we went to the orphanage was already after the New Year. And this time we brought materials there to make bird feeders. Check out how to make one yourself! Check how here and here. We really hope that birds appreciated this, although there is no proof that they have visited the feeders. 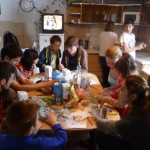 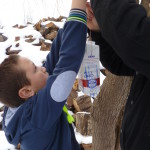 What next? Oh, mmmm…. something tasty! I guess someone is baking cake! Oh, and cookies as well! Yes, that’s right, that’s exactly what we did. We bought some ingredients, brought those to the orphanage and improvised to make a chocolate cake and oat-flake cookies. Sorry, no recipes. Those were unique cookies and cake. A one-time thing! 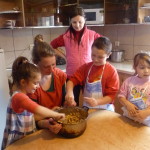 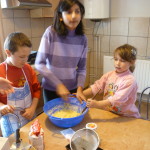 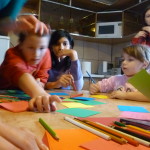 But we didn’t just eat there. We also asked them, in an interactive way, what they would like to do together with us. After gathering all the ideas we saw some nice things there!

From what we found out, we figured that they might like to play some board games together with us. So, this is what we have been doing last two times when visiting Casa Familiala. And it’s so easy! You just take one box, open it and there is a whole new world in it! 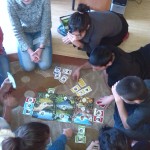 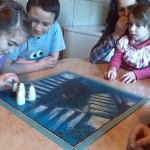 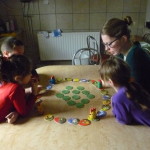 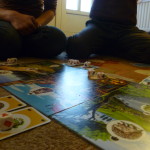 In April we somehow didn’t manage to visit Casa Familiala. But they were active participants in ‘Un Weekend Diferit’!

On the 19th of May we finally visited the place again. Casa Familiala kids and youngsters had been begging us already since January to play Mafia with them. It’s a weird game where you have to sit in a circle with closed eyes mostly. Anything can happen when your eyes are closed! For example, Maija experienced extreme makeover done by little Michaela who so likes to be a hairdresser and people-decorator. 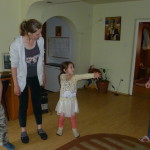 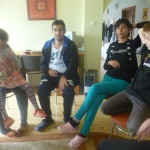 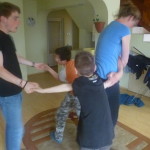 On the 28th of May we had a really active session there. We started with excercising and afterwards we played charades. It was really, really surprising how relaxed they felt in front of us and others, not being afraid of looking silly when pretending to be a superstar or a sausage!

But not to get too relaxed we ended with a German game ‘Commandor’ which require a bit of concentration. Playing this, we almost missed the train! 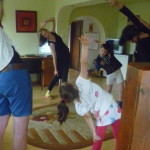 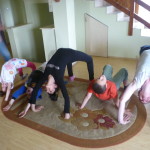 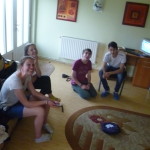 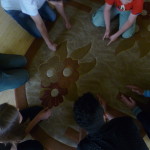 We’ll update you about how was our last visit to Casa Familiala really soon!